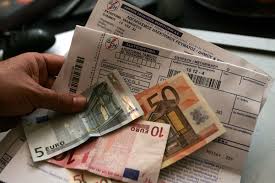 Production Reconstruction, Environment and Energy Minister Panayiotis Lafazanis appears set to proceed with a law amendment that would suspend the ability of RAE, the Regulatory Authority for Energy, to revise an Emission Reduction Tariff (ETMEAR) twice a year.

In recent days, the minister has openly declared his opposition to RAE’s decision to increase an Emission Reduction Tariff (ETMEAR) levied on electricity bills as part of the authority’s wider effort to eliminate the renewable energy source (RES) special account deficit. Besides standing as a bailout agreement term, the deficit’s elimination would also contribute to the normalization of energy market conditions in Greece, current a chain of outstanding debt from one body to the next.

Although RAE’s decision for the ETMEAR hike was made late last year, on December 30, during the lead-up to the country’s January 25 snap elections, it was officially announced just days ago. The issue has sparked tension between the authority and Lafazanis, who, besides wanting to cancel the ETMEAR hike, has also made clear a wider intention to suppress RAE’s authority.

RAE held a meeting yesterday to reexamine its ETMEAR hike decision, but, as had been anticipated, announced that no other options were available at present to help reduce the RES special account deficit.

The authority has requested verified data from sector bodies linked to the issue – LAGIE, the Electricity Market Operator; HEDNO, the Hellenic Electricity Distribution Network Operator, locally acronymed DEDDIE; and IPTO, the Independent Power Transmission Operator, locally known as ADMIE – in search of an alternative solution. However, it is believed the RES special account’s deficit has widened further since RAE’s January 30 decision on the ETMEAR hike, making the injection of additional revenue into the account even more urgent.

Lafazanis, in comments made yesterday, offered strong hints of an imminent amendement. “We’re examining all possible legal options in order to soon proceed, if RAE does not, with the hike’s cancellation,” Lafazanis said. “And I assure you legal ways for intervention do exist. If needed, an amendment to law will be made.”

Whether such a move is feasible remains questionable. Legal sources told energypress that the minister is entitled to proceed with a law amendement, which, however, can then be disputed in court.