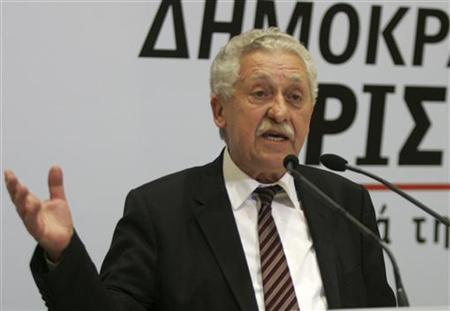 It would be “unthinkable” for any Greek deputy to cast his or her vote in the upcoming presidential election in exchange for money, Democratic Left chief Fotis Kouvelis said Friday.

His comments came after he testified in connection with an ongoing probe over allegations that entrepreneurs close to the administration were collecting funds in order to bribe MPs into throwing their support behind the coalition’s candidate in the presidential election early next year.

Speaking to the press after giving his deposition to prosecutor Panayiotis Panagiotopoulos, Kouvelis said the entire process was polarizing the local political system.