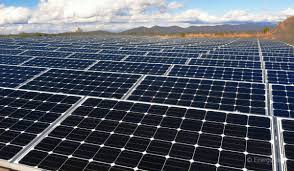 JinkoSolar, one of the largest and most innovative solar module manufacturers in the world, has signed a module supply agreement for a project in Kozani, northern Greece, to be developed by juwi Hellas Renewable Energy Sources S.A., JinkoSolar has announced in a statement.

Construction of the solar park is scheduled to commence in November 2020, and will use 204 MW of Swan bifacial modules with transparent backsheet from DuPont, according to the statement.

Frank Niendorf, General Manager of JinkoSolar Europe, commented: “We are delighted that juwi Hellas, one of the most professional and experienced EPC companies, globally, has once again placed its trust in the superior quality and reliable performance of our solar modules for this impressive new project in Greece. The Kozani project will become Europe’s benchmark for renewable energy in terms of competitively priced and subsidy-free solar power. It is also one of the largest utility scale projects ever built in Europe to use bifacial modules and JinkoSolar is very proud to be a part of such a milestone.”

Dimitris Varlamis, JinkoSolar Head of Sales for South Eastern Europe, noted: “We are proud to contribute to this emblematic project which is by far the biggest solar project in Greece and one of the five largest projects in Europe featuring our high performance bifacial modules.”

Takis Sarris, Managing Director of juwi Hellas, commented: “juwi is launching a new era for PV in Greece, that of utility scale projects that subsidize instead of being subsidized, and bringing clean energy to the Greek consumer at very low prices. We are very proud that we have managed to fully develop such an important project for the country”.