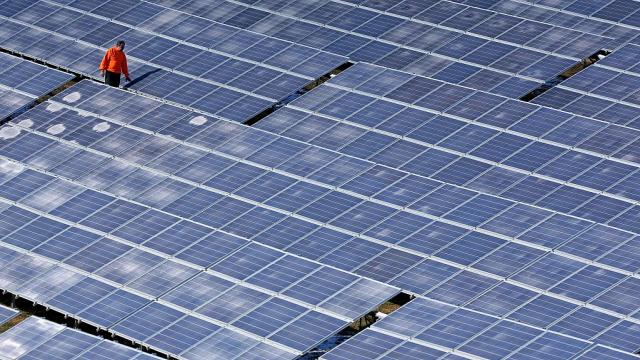 JinkoSolar, a global leader in the solar industry, has just announced that its wholly owned subsidiary, JinkoSolar (U.S.) Inc. has entered into a three-year agreement to supply 1.43GW of high efficiency modules to sPower, a leading renewable energy independent power producer.

The agreement includes significant down payments, which will help Jinko expand manufacturing capacity in the United States and Asia.

“We have had a strong track record of success with JinkoSolar’s high quality and reliable modules, which is why we have signed another deal,” said Ryan Creamer, CEO of sPower. “JinkoSolar’s technology roadmap and cost leadership are also strong enablers for our future projects, and we look forward to maintaining our strong partnership.”

Responding to the agreement, Gener Miao, JinkoSolar Vice President of Sales & Marketing, commented: “We are very pleased to work with sPower. We value the opportunity to grow our business with a visionary like sPower. JinkoSolar has been investing heavily in advanced solar technologies, and these efforts have yielded major benefits.”

sPower, a joint venture partnership between the AES Corporation, a worldwide energy company headquartered in Arlington, Virginia, and the Alberta Investment Management Corporation, one of Canada’s largest and most diversified institutional investment fund managers, is the largest private owner of operating solar assets in the USA, according to the JinkoSolar statement.

sPower owns and operates a portfolio of solar and wind assets greater than 1.3 GW and has a development pipeline of more than 10 GW, JinkoSolar announced.