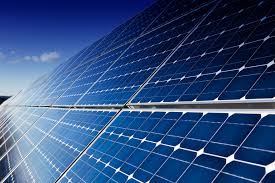 JinkoSolar, one of the largest and most innovative solar module manufacturers in the world, has announced that the maximum conversion efficiency of its cheetah size cells and N-type cells reached 24.38% and 24.58%, respectively, during testing conducted by the Chinese Academy of Sciences in March 2019, China’s authoritative national academy for the natural sciences.

JinkoSolar has made significant breakthroughs in the field of high efficiency and high power of cells and modules, setting a new industry standard for peak performance.

“With our commitment to revolutionize the industry using technological innovation, JinkoSolar has been continuously breaking world records for the efficiency of solar cells and modules,” commented Dr. Hao Jin, JinkoSolar R&D Vice President. “To complement our efforts in continuously upgrading product technology and create more value for our global customers, JinkoSolar has established a joint research platform with many advanced R&D institutions across the globe.”