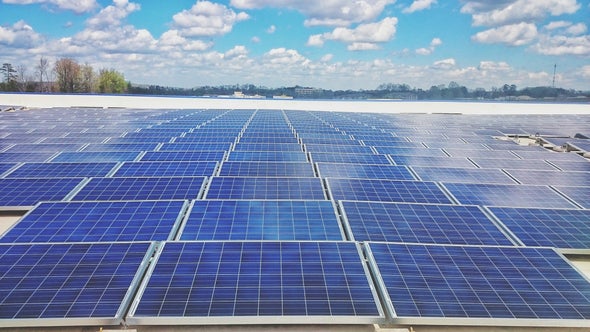 JinkoSolar, one of the largest and most innovative solar module manufacturers in the world, attended the 2019 World Economic Forum to participate in the core energy forum “‘Prospects of Energy Industry in China”, where its officials discussed sustainable development, the company announced in a statement.

Dany Qian, Vice President of JinkoSolar, discussed how China could stimulate the energy transition in China and abroad with other leading authorities.

The 13th Summer Davos, held at the Dalian International Conference Center in China, is reported to have attracted nearly 2,000 political and business leaders, academic experts and media representatives from more than 90 countries and regions.

As a reliable renewable energy source, photovoltaics promise to play an important role in the future energy mix. With the solar grid parity just around the corner, more than 130 companies worldwide have joined the RE 100 program, promising 100% renewable energy use.

Sustainability has become a focus of global attention today, and organizations around the world have begun to incorporate sustainable development into their strategic development plans. This was one of the main topics at the forum.

The world is progressing from an IT and Data Technology (DT) era to Sustainability Technology (ST) era, which is represented by the widest adoption and everyone’s engagement of renewable energy and change of consumption choice in favor of low carbon products.

“Cities are becoming increasingly vulnerable due to increasing smog, at dangerous levels, and record-high temperatures. When the cost and technological bottleneck of solar and energy storage is resolved – for example solar plus EVs charging, solar plus big stationary battery packs, solar rooftops, etc. – it will be time to re-image how to integrate solar energy into smart city design and plan in order to enhance energy resilience of urban space.” added Dany Qian, JinkoSolar Vice President.