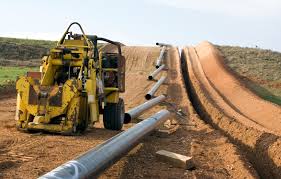 DESFA, the Natural Gas Transmission System Operator, has revised its ten-year development plan covering 2014 to 2023 with one important addition, or reinstatement, the Greek-Italian ITGI gas pipeline, which had been excluded from the operator’s previous plan last July.

DESFA’s part of the project concerns the pipeline’s overland segment running from Komotini, in Greece’s northeast, to Thesprotia, in the northwest, whose budget amounts to 1.1 billion euros.

The ITGI project’s reinstatement comes following a strong reaction against its exclusion by shareholders of the project’s undertaker, IGI Poseidon, a joint venture involving DEPA, the Public Gas Corporation, and Italy’s Edison. The shareholders forwarded a letter of strong protest to RAE, the Regulatory Authority for Energy, co-signed by DEPA president Giorgos Spanoudis and Poseidon CEO Elio Ruggeri.

The ITGI project had been approved by the European Commission in October, 2013, as a Project of Common Interest (PCI), following an application submitted by DESFA, even though the Trans Adriatic Pipeline (TAP) had already been approved as a project to serve the corridor in Europe’s southeast region. In announcing its exclusion of the ITGI pipeline from its ten-year plan last summer, DESFA  attributed its decision to the TAP project’s development, which, the company noted, rendered the ITGI route unnecessary as the European Commission had categorized it as being among “a cluster of potentially competing PCIs.”

In reaction, IGI Poseidon argued that the DESFA’s decision to eject the ITGI pipeline from its ten-year plan was unjustified and potentially illegal as it had been classified as a PCI project that would contribute to the diversification of EU natural gas sources.

Many pundits have attributed the ITGI ordeal to a conflict between DESFA and DEPA – which, for the time being, remains DESFA’s parent company – and, on a wider scale, ongoing maneuvering for control of the gas corridor in Europe’s southeast region. A privatization deal for DESFA’s acquisition by Azeri company Socar, pending European Commission approval, could soon be completed. Socar holds a 20 percent stake in the TAP project, the only project currently being developed for the southeast gas corridor. The prospective ITGI project, which has been granted all required permits, stands as a prized asset for DEPA and Italy’s Edison.