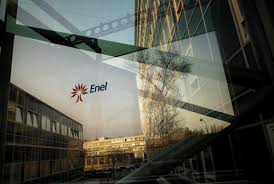 A recent announcement by the newly elected leftist Syriza-led coalition government’s Production Reconstruction, Environment and Energy Minister Panayiotis Lafazanis to not disrupt a hydrocarbon exploration and exploitation tender for three land blocks in western Greece, set to expire tomorrow, less than two weeks after he was appointed minister, does not appear to have fully appeased prospective bidders.

Italian company ENEL, whose initial interest to explore parts of western Greece had prompted the previous administration to launch a tender for the three blocks, located in Arta-Preveza, Etoloakarnania, and northwest Peloponnese, has withdrawn its interest.

Syriza party officials, including Lafazanis, threatened – both before and immediately after the elections – to disrupt all ongoing oil-sector tenders, declaring that term revisions were necessary to secure greater control for the state.

Following these developments, the hydrocarbon exploration and exploitation tender for Arta-Preveza, Etoloakarnania, and northwest Peloponnese has now been transformed into a purely local contest, with two Greek companies, ELPE (Hellenic Petroleum) and Energean Oil, believed to remain as candidates.

According to sources, ELPE was involved in discussions with ENEL, until an advanced stage, for a possible joint bid. If the Greek company does submit a bid by tomorrow’s deadline, as is expected, it will need to find a partner for support in the venture. This also applies for Energean, which has approached the tender with hesitation.

Lafazanis recently announced that another tender, concerning twenty offshore blocks in the Ionian Sea, western Greece, and south of Crete, will be reexamined “within the framework of national interests and assurance for the best possible result,” believed to mean that a deadline extension may be granted to the tender. Bidders for this tender were originally given ninety days to submit their offers from the day it was officially launched, on November 14.

The terms for the tender expiring tomorrow – concerning the land blocks in Arta-Preveza, Etoloakarnania, and northwest Peloponnese – are based on a model that had already been applied to a preceding tender for blocks in Ioannina, the Gulf of Patras, and Katakolo, also along the country’s western side.