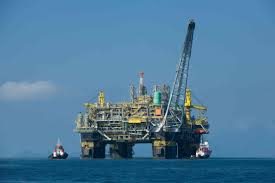 Italian company Edison, a member of French corporate group EDF, has confirmed its participation in an upcoming international tender for hydrocarbon exploration and exploitation agreements concerning offshore plots in the Ionian Sea, western Greece, and south of Crete. The tender is expected to be announced within the next few days.

The company confirmed its tender participation in an announcement released to coincide with a visit by Greece’s Energy & Climate Change Minister Yannis Maniatis to its facilities in Milan.

Maniatis has traveled to Milan to take part in an informal meeting of European Union Energy Ministers, today, convened for an examination of the EU’s readiness to confront a possible energy crisis in the event of a Russian gas supply stoppage, as well as the finalization of a plan, by the end of 2014, aiming to unify the European energy market.

A recent proposal by the Greek minister for the implementation of an emergency mechanism to deal with an energy crisis in Europe should Russia stop its gas supply is expected to be discussed at the informal meeting.

Edison has already been granted a license to explore the western part of the Gulf of Patras, as part of a consortium also involving Hellenic Petroleum (ELPE) and the UK’s Petroceltic.

Also, Edison has been present in Greece’s electricity market since 2008, through Elpedison, a partnership with ELPE and Ellaktor, a major diversified infrastructure player.