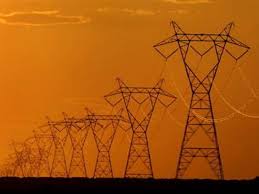 IPTO, Greece’s Independent Power Transmission Operator, locally referred to as ADMIE, currently up for sale through an international tender, is estimated to be worth 1.4 billion euros, considerably higher than initially calculated, according to an evaluation conducted by Goldman Sachs.

Pundits noted that this increase in IPTO’s market value could be attributed to the operator’s favorable first-half results. Despite posting a decreased turnover figure, IPTO delivered a significant rise in earnings before interest, taxes, depreciation, and amortization (EBITDA), which reached 101.1 million euro in the first half of 2014, from 81.8 million euro during the previous year’s equivalent period.

The Goldman Sachs evaluation of IPTO comes at a crucial time, as “due diligence” procedures are currently being carried out ahead of the operator’s 66 percent sale. This “due diligence” stage is expected to be completed in October. The international tender’s bidders, who will need to submit binding offers, may be possibly given a slight extension, until November, as is being anticipated.

Latest reports rated Italian firm Terna as the hot favorite, taking into consideration the operator’s knowledge of the Greek market. However, surprise results cannot be ruled out. Canadian fund PSP Investments is said to be maneuvering actively.

The tender is expected to be finalized at the end of the year, or, early 2015, at the latest. Depending on the sale price achieved, the government – as the main shareholder at PPC, the Public Power Corporation, ITPO’s parent company – may consider selling an additional stake in the operator. Revenues from the IPTO sale are expected to be used to reduce the country’s national debt, as well as for pivotal investments, such as the development of a new lignite-fired power station in Ptolemaida, northern Greece.