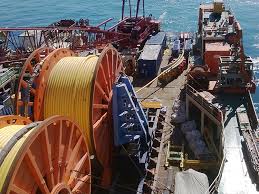 Power grid operator IPTO has reopened the prospect of making available to investors a minority stake in its subsidiary Ariadne Interconnection, established for the development of the Crete-Athens interconnection.

The possible sale essentially remained stagnant during a recent period of administrative changes at RAE, the Regulatory Authority for Energy.

Ariadne Interconnection has been commissioned the project’s construction IPTO but will cease to be involved in any way once the project is delivered to the operator for operation.

IPTO’s administration reminded RAE, in a letter forwarded just days ago, about a concession agreement it has signed with Ariadne Interconnection, offering a detailed description of the relations between the two companies for the Crete-Athens grid interconnection project.

The project was originally planned to be a segment of a wider interconnection plan to link the Greek, Cypriot and Israeli electricity grids, with EuroAsia, a consortium of Cypriot interests, at the helm, before IPTO withdrew the Crete-Athens section for its development as a national project.

IPTO has noted a minority partner in Ariadne Interconnection could be offered a stake of up to 40 percent.

China’s SGCC, a strategic partner of IPTO holding a 24 percent stake, informed, some time ago, that it wants to acquire a 20 percent stake of Ariadne Interconnection. European operators such as Belgium’s Elia and France’s RTE, as well as major investment groups have also indicated they would be interested.