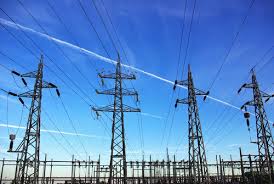 The level of productivity at privatization-headed IPTO, Greece’s Independent Power Transmission Operator, locally referred to as ADMIE, is said to have been severely affected by the operator’s reduced workforce. It has contracted over the past few years as over 250 IPTO employees have retired but replacements have not been recruited due to bail-out agreement restrictions imposed by the country’s creditors on the public sector.

With numerous ongoing projects, the workload at IPTO has accumulated. The operator faces an end-of-September deadline to deliver a study on new Capacity Availability Tickets, or CATs, for the energy sector. IPTO’s array of other ongoing projects includes preparing plans for a vital project to interconnect Crete with the mainland’s grid, and formulating the electricity market’s target model.

Companies participating in the tender for a 66 percent majority stake in IPTO – Terna, SGCC, Elia, and PSP – apparently intend to hire additional staff at the operator, should they acquire control.

The bail-out agreement’s restrictions, affecting both staff numbers and salaries, will cease to apply at IPTO once the operator has been privatized, as the conditions apply to Greek public sector firms. The state’s stake will be reduced to 33 percent stake when the sale has been finalized.

Reduced salary levels at IPTO are also likely to be boosted when the operator is privatized. This, for example, was the case at Portugal’s EDP after the electricity operator’s new Chinese owners took over. Salary levels were raised to pre-bailout agreement levels.