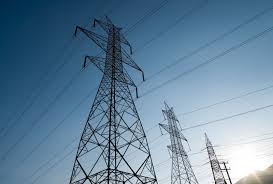 The country’s political situation, or growing political uncertainty that could prompt early elections, has developed into the most crucial determining factor for a series of pending issues in the energy sector, beginning with the privatization – through the sale of a 66 percent stake – of IPTO, Greece’s Independent Power Transmission Operator, locally known as ADMIE.

The growing difficulties in the latest round of negotiations between the Greek government and the country’s creditor representatives, or troika, has significantly increased the probability of a decision by the coalition’s leaders to put on hold current talks with the troika until the country’s political uncertainty is cleared up. This would entail speeding up the process to appoint a new President, a ceremonial position.

Should the coalition suspend talks with the troika, international tender procedures for IPTO’s privatization would coincide with the effort to appoint a new President. Amid such a development, the four candidate bidders through to the tender’s second round –  Italy’s Terna, Belgian company Elia, China’s SGCC, and Canadian fund PSP – will certainly not make any binding offers.

It is considered inevitable that IPTO’s four prospective bidders will demand an extension of at least several weeks, until the hazy political situation acquires some clarity, before they consider submitting offers. Based on the current developments, they will be granted an extension.

The political situation in Greece is also hampering other privatization efforts. Investors have also requested extensions for procedures concerning the ports of Piraeus and Thessaloniki, and the railway company TRAINOSE.

“We are ready to make further investments in Greece, but we need political stability,” remarked billionaire investor John Paulson, founder of the New York-based Paulson & Co. Inc, an investment management firm. “Our investment plans are now on hold awaiting the appointment of a new President. Once stability is achieved, we will heighten our investment activity.”

Local pundits are presenting a contrasting picture, noting that officials of major investment companies have made numerous visits to Athens over the past few months for a series of meetings with banking and other business officials.