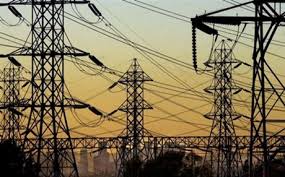 IPTO, the Independent Power Transmission Operator, has revised its corporate statute for changes to its leadership structure, most likely to be transformed into a two-pronged set-up comprised of an executive chairman and executive managing director, according to sources.

The changes at the operator’s helm are most likely to be finalized on Wednesday with two new leaders to be appointed and given control of respective company divisions.

Emmanouil Koroniotakis, an electrical engineer, who had initially been proposed for a deputy chief executive position at the power utility PPC, IPTO’s parent company, is, at this stage, a strong favorite for one of the two top posts.

A specific favorite appears to have also emerged for IPTO’s other managerial post, but certain sources contend the appointment for this position has yet to be finalized. However, sources do agree that the candidates hail from within the company’s ranks.

Some reservation has already been expressed about the efficiency of a two-pronged leadership. But, on the other hand, it has been pointed out that IPTO’s new leadership will possess full knowledge of the operator’s issues and be able to get straight to work, from day one.