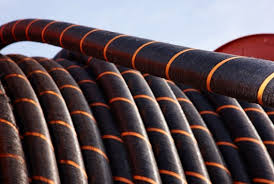 Greek power grid operator IPTO and Spanish energy group Iberdrola representatives have planned a meeting for tomorrow following the latter’s interest for a role in the development of the Crete-Athens grid interconnection project.

IPTO is currently looking to establish partnerships with major European operators for this urgently needed project whose development promises to avert an electricity shortage threat on Crete in 2020. Greece faces an EU obligation to withdraw high-polluting power stations on the island by the end of 2019.

IPTO and Cyprus’s Euroasia Interconnector consortium have been locked in a dispute for control of the wider project’s Crete-Athens link.

At a meeting in Brussels on Monday, European Commission officials called for a solution by January that would enable the Greek operator to select project partners as long as technical requirements are supervised by a special committee as a means of ensuring compatibility between the Crete-Athens link and the wider Greek-Cypriot-Israeli interconnection.

It appears IPTO will not accept the request for the establishment of a special committee. Operator officials reminded that technical details concerning the project, as requested by RAE, were submitted by IPTO in late May and then backed by a sustainability plan.

IPTO officials contend that the European Commission’s handling of the matter is further delaying the project’s development.

The European Commission’s request for a special committee had been initially proposed by the Euroasia Interconnector consortium before being rejected by Brussels as an initiative that would block the project’s development, IPTO officials noted.