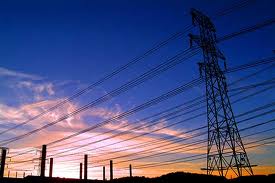 Employees at IPTO, Greece’s Independent Power Transmission Operator – locally referred to as ADMIE – are seeking to block the operator’s prospective privatization by taking a legal case to the Council of State, Greece’s supreme administrative court, just weeks before binding offers are expected to be submitted by interested buyers.

According to energypress sources, the IPTO employees group has chosen a legal base previously used to block the sale of EYDAP, the Athens Water Supply and Sewage Company, and EYATH, the Thessaloniki Water Company, which proved successful in these cases. The Council of State stopped tender procedures for both water utilities earlier in the year, on the grounds that water is a public good that cannot be privatized.

Returning to IPTO, despite this latest legal twist, the privatization process is proceeding rapidly. An end-of-November deadline for bids has been given a slight extension, with all bids now expected within the first ten days of December.

Italy’s Terna, Belgian company Elia, China’s SGCC, and Canadian fund PSP, are candidates for the 66 percent equity share of IPTO. According to latest indications, more than one of these is expected to submit bids.

Withdrawals along the final stretch are likely. PSP is believed to have been unsuccessful in its effort to find a technical partner for the tender. If so, the fund will need to decide on whether it will submit a bid alone – which, based on the tender’s conditions, will require relinquishing control of management to the Greek state for five years – or drop out of the sale.