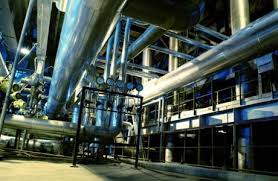 The country’s industrial sector, seeking an extension to the validity of energy cost-saving “disruption management” auctions, has gained unanticipated support for its quest as a result of a pivotal decision made by the European Commission that endorses an equivalent German “demand response” plan, thereby setting a precedent.

This system enables major industrial enterprises to benefit from electricity cost savings in exchange for shifting energy usage to off-peak hours whenever required by the operator in order to maintain the grid’s stability.

The “demand response” system applied in Germany was approved in Brussels as recognition of the benefits it offers – improved energy supply security and protection of energy market competition.

Local industrial sector representatives have already sought an extension to the plan and have requested backing from the Greek government.

During the European Commission’s examination of the German plan, the country’s industrial representatives contended that services offering support to grid stability are essential as a result of increased RES penetration in Germany’s electricity market. This development requires grid operators to be provided support through services offering flexibility, such as the “demand response” plan, to cover fluctuations, the German officials successfully argued.