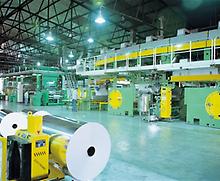 Greek industrial sector officials are expessing strong concerns over the course of ongoing negotiations between the coalition and the country’s creditor representatives, or troika, on electricity pricing-policy decisions.

The Greek government has, in recent times, made a series of decisions focused on offering favorable electricity rates for the industrial sector with competitiveness in mind.

However, the troika, in the ongoing negotiations, appears to be opposing such a course, which has raised questions among local sector authorities about the creditor incentives.

The coalition is basing its industrial electricity pricing policy on a decision reached at a PPC (Public Power Corporation) shareholders meeting last Febraury for temporary implementation of subdued rates to the industrial sector until various price-shaping mechanisms are set in motion, such as NOME-type auctions.

Negotiations between the coalition and troika over the past few weeks have indicated that, besides, certain discrepancies of technical nature, the creditors appear unconcerned about the Greek industrial sector’s level of competitiveness and the government’s proposed version of the NOME-type auctions.

The troika, especially the European Commission’s Directorate General for Competition, considers the auctions as a means of increasing competition in the retail electricity market, whereas the Greek government sees the plan as a tool for assuring low-cost electricity to the industrial sector.

According to sources, it is becoming increasingly apparent that the troika is also seeking to delay various other energy cost-cutting measures for the Greek industrial sector, such as a “distruption management” policy, which would enable energy cost savings for major-scale industry in exchange for a reduction in energy consumption whenever required by the system operator.

Industrial representatives are reacting to such prospects, arguing that the sustainability of the country’s industrial sector is at stake.