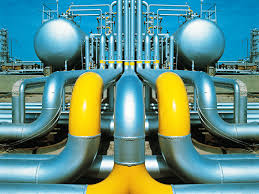 Natural gas consumers in Greece can expect to see the results of a recent announcement of lower rates for the new year on their bills around mid-February. Deputy Environment, Energy & Climate Change Deputy Minister Makis Papageorgiou recently announced that natural gas rates would undergo two upcoming rate reductions, the first, a five percent decrease, as of the new year, followed by a second decrease of up to 20 percent in late March.

DEPA, the Public Gas Corporation, is expected to provide specific details on the planned reduction to the country’s three gas supply companies (EPA) operating in the wider Athens area, Thessaloniki, and Thessalia, in the mid-northeast, within January. Based on this schedule, consumers will receive bills based on the new reduced rates a few weeks later, around mid-February.

Although the EPA companies have yet to receive full details on the rate reductions to be passed on to them by DEPA, a rough estimate of how much consumers stand to benefit can be made.

Once the reduction has been implemented, industrial consumers can expect a revised rate of about 31 euros per MWh, a reduction of approximately six euros per MWh.

If applied to a high-voltage, energy-intensive industrial plant consuming an annual amount of 400,000 MWh, for example, the lower rate offers annual energy savings of 2.4 million euros. Industrial operations stand to benefit, as long as a planned increase to a gas distribution tariff, a revision attached to a gas market reforms bill, remains moderate.

In the case of medium-voltage industrial operations consuming 160,000 MWh per year, for example, the gas rate reduction will offer savings of about 960,000 euros per year.

As for households, the reduction for an average 80-square meter flat in a ten-flat apartment block equipped with a 140,000 kcal/h gas tank and whose annual natural gas bills amount to 360 euros per year, can be expected to reach at least 60 euros, annually.

Though the examples presented for both the industrial and household sectors are only estimates, they do indicate what consumers can expect, as long as oil prices remain at their current lower levels. Natural gas prices in Greece are linked to international oil prices and revised every three months.