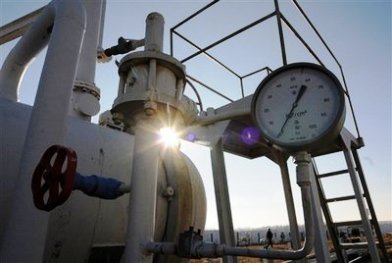 Several months after an agreement was reached to reevaluate Russian natural gas imports, which led to a 15% price reduction, the issue has been raised again by Greece’s industrial sector.

“At this moment in time, we may be worse off, even compared to the period prior to the price renegotiation with the Russians,” a sector insider noted, reflecting the industry’s overall opinion.

A sharp increase in the price of natural gas, which has widened the gap between price levels in Greece and other parts of Europe, stands as the main reason behind the industrial sector’s call for action.

Last time the Greek and Russian sides negotiated, DEPA, Greece’s Public Gas Company, had sought a revision to the pricing formula, a proposal that was flatly rejected by the Russian side. The pricing formula was then pegged to the prices of petroleum products. Meanwhile, in other deals with central European countries, Russia has offered customers closer connection with spot-market prices.

Consequently, price reductions in spot markets have significantly widened the price gap on long-term agreements, as Russia’s Gazprom succeeded to maintain a pricing formula that was fully pegged to the petroleum market, at a time when the Greek side was under pressure to secure an immediate discount.

Although the price of natural gas may be lower compared to price levels of one year ago, Greek export companies, in practical terms, are in a disadvantageous position, as they are forced to compete with foreign firms that are being supplied cheaper natural gas. In some cases, this price gap is now wider than what it was prior to the last Greek-Russian price renegotiation.

Besides its concern over the deal with Russia, Greece’s industrial sector has also called for renegotiations with Algerian firm Sonatrach. The natural gas deal binding the two countries is also pegged to petroleum prices.