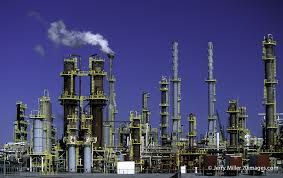 The country’s energy-intensive industrialists are seeking a renegotiation of electricity rates offered to the sector by PPC, the Public Power Corporation, based on the market’s current conditions reshaped by falling oil and gas prices, as well as regulatory measures made, incuding the lower cost of CATs (Capacity Availibility Tickets).

In a letter forwarded to government and regulatory officials – which, essentially, will await the country’s next leadersip to emerge from the upcoming snap elections – EVIKEN, the Association of Industrial Energy Consumers, underlined the problems being encountered by the sector as a result of PPC’s refusal to negotiate new terms with major industrial operations, based on the production cost reductions at PPC.

Industrial consumers have already been granted an extension for current discounts offered, but industrial representatives believe that PPC is avoiding a revision of electricty rates for medium and high-voltage consumers based on actual conditions that have emerged more recently.

Sector officials estimate that PPC’s operating costs have been reduced by at least 80 million euros per year as a result of lower CAT expenses and other beneficial cost-related developments. Furthermore, falling crude oil prices will prompt a gas price-level decline of at least 25 percent in March, compared to the third quarter in 2014, and, therefore, establish a new electricty-and-gas market environment, which, naturally, must also offer benefits to the country’s industrial consumers.

EVIKEN has proposed that PPC commission an independent consultant to conduct a study – that will ultimately be examined by RAE, the Regulatory Authority for Energy – quantifying the benefits gained by PPC as a result of the more recent market developments. PPC would then enter negotiations with all medium and high-voltage industrialists, individually, based on the findings of the study.

EVIKEN, in the letter, also called for the next government to tackle the issue of overtaxation in the energy sector.