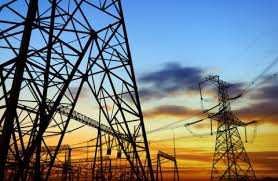 The failure to finalize a series of revisions planned for the electricity market, though a package of interconnected measures prepared by RAE, the Regulatory Authority for Energy, has led to a worrying standstill and conflicting views in the market. The country’s change of government and the newly established Production Reconstruction, Environment and Energy Ministry’s inevitable transition time required before it can begin delivering effective policies have subsequently stalled some of the measures, such as the institutionalization of new CATs (Capacity Availability Tickets) and NOME-type auctions.

A decision by RAE to propose the reinstatement of a Variable Cost Recovery Mechanism (MAMK) to benefit thermal power stations, which, in certain cases, are forced to contribute power to the grid at a loss, has sparked a major row between opposing sides.

Industrial consumers have reacted strongly as the costs linked to such a mechanism would end up being shouldered by consumers through electricity bills. At the opposite end, the owners of privately run thermal power stations support that it is unreasonable for them to be forced to cover the grid’s capacity and stability needs while incurring losses in the process.

In comments offered to energypress, an official at HAIPP, the Hellenic Association of Independent Power Producers – locally acronymed ESAI – noted that the association favors a cost recovery mechanism along the lines of models widely applied internationally, through mandatory consortiums, or gross pools, which compensate power stations forced to contribute to grids in cases where cost exceeds revenue.

“Isn’t it irrational for us to be forced to operate and be paid for the cost of lignite when we’re burning natural gas that remains 10 to 15 euros per MWh higher?” questioned the HAIPP official. “What we’re experiencing is the definition of consficatory conditions,” the official continued, citing the US regions of New York, New England, California, as well as Ireland, as exemplary cases where effective models are being applied.

The HAIPP official noted that the cost of a reintroduced Variable Cost Recovery Mechanism would be far lower than figures being reported over the past few days.

“We’ve reading that the cost will end up being hundreds of millions of euros in benefits for private-sector producers, when, in reality, the mechanism’s cost for the first half of 2014, when it was applied before being abolished on July 1, 2014, amounted to 51.9 million euros, of which 34.2 million euros were received by PPC (Public Power Corporation) and 17.7 million euros by private-sector power stations,” the HAIPP official argued. “Had the mechanism also operated for the remaining six months of 2014, the additional cost would have amounted to about 32 million euros, and shared by PPC and private producers based on the aforementioned proportions.”

As highlighted by HAIPP officials, the mechanism’s abolishment failed to produce the desired results, these being an increase in lignite-fired power production and a reduction of the grid’s production costs.