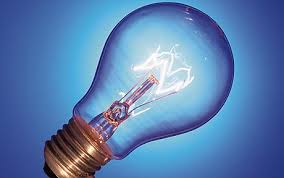 Independent electricity suppliers operating in the Greek market have been relying on annual agreements with power production companies from abroad as a means of reducing their exposure to the system marginal price and securing stable performance figures without, on the other hand, taking major risks.

Most retail electricity companies reached agreements at the end of 2014 in anticipation of increased price levels in the international market at the beginning of the year. Local suppliers are importing electricity from Bulgaria, the Former Yugoslav Republic of Macedonia (Fyrom), and Albania through their interconnection systems.

Although annual contracts reduce the risk involved in the purchasing cost of electricity, local electricity retailers are faced with the challenge of finding reliable consumers. “The problem is not finding customers, but finding customers who pay,” a sector authority told energypress, referring to the alarming level of unpaid overdue electricity bills owed by consumers to PPC, the country’s power utility.

For competing electricity retailers, their battle for survival boils down to finding low and medium-voltage power consumers possessing creditworthy profiles, a severely diminished prospect amid the devastating ongoing recession. The figures remain domineering for PPC, which holds a 97 percent share of the market. A number of independent retailers, vertically integrated and not, are vying for the market’s remaining three percent.

Elpedison, owned by ELPE (Hellenic Petroleum), Edison, and the Bobolas group, holds a market share of roughly one percent of total electricity consumption, in both the low and medium-voltage categories.

Protergia, owned by the Mytilineos group, holds a market share of about 0.3 percent, primarily in medium-voltage consumption.

The sector retail companies have been eagerly preparing for the introduction of NOME-type auctions, intended to counter the electricity market’s rigid form. A previous effort to promote competition was set back by the debacle of two companies, Energa and Hellas Power, a development that brought the first attempt at liberalizing the retail electricity market to a premature end. Latest political developments, amid which the plan for auctions has been swept aside, do not seem to be encouraging competition, for the time being at least.