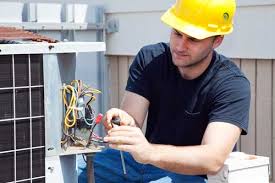 Individual households intending to break away from collective agreements governing apartment block heating fuel arrangements, for conversion to independently maintained gas heating systems, can expect to require a time-consuming, two-and-a-half month period before being eligible for the switch, according to details included in a gas market reform bill prepared by the Ministry of Environment, Energy & Climate Change.

Furthermore, once out of the collective heating fuel agreement, flat owners will still be required to keep contributing to the old arrangement’s fixed collective expenses, with a 25 percent share of their previous total amount, to help cover the central heating system’s maintenance costs, even if the system is not being used by them.

In short, applicants who initiate conversion procedures now can expect to need to wait until the end of January to gain heating independence. Interested parties need to start by gaining a majority vote from their respective apartment block general assemblies, requiring attendance from all flat owners. The assembly needs to be announced thirty days in advance, according to the bill. If approved at the assembly, the applicant will then need to wait a further thirty days before installing independent gas heating facilities.

The Environment, Energy & Climate Change Minister, Yiannis Maniatis, apparently added all the aforementioned requirements to the gas market reform bill following intervention by POMIDA, the Hellenic Property Owners Federation. The group contends that it disagrees with the prospect of allowing “an uncontrolled exodus by flat owners from an apartment building’s central heating system as owners left behind will need to incur higher costs.”

The gas market reform bill was presented yesterday for public consultation after briefly appearing on www.opengov.gr on Monday before being swiftly removed over alleged technical issues. More revisions to the bill have not been ruled out.