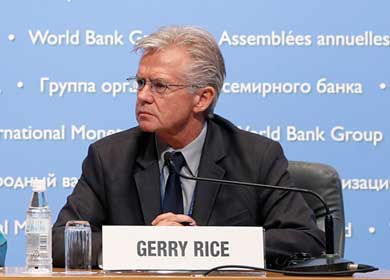 The International Monetary Fund said it might supply its know-how if the eurozone provides a precautionary credit line for Greece. IMF spokesman Gerry Rice said the contingency support could take various forms and that the final agreement would depend on the decisions of the Greek government “in consultation with its partners.”

Asked by Kathimerini if the Fund would be interested in a provisional agreement in which the Europeans would supply the money and the IMG the know-how, Rice responded that “the IMF is ready to support Greece in any way that would be useful for Greece and its people. That would include technical assistance, although it depends on what the Greek authorities decide and what the specific nature of the agreement will be.”

The IMF believes recent developments in the bond market confirm that “a precautionary support agreement would be the best way for Greece” as “there is still some way to go before it can rely exclusively on market funding.”

For now the IMF is focusing on the completion of the current assessment. Its spokesman said that talks are ongoing and the Fund is awaiting the proposals of the Greek government, which will also determine when the inspectors return to the country.

“At this stage we are waiting the authorities [to send us] the full package of the proposals by the Greek government that will form the basis of our talks. That will also determine the time sequence for the mission,” Rice stated.

He also made no secret of the IMF’s desire to see more reforms implemented in Greece, saying structural reforms concerning state finances should continue in order to avoid any new horizontal cuts to pensions. The Fund spokesman added that “we feel that there is still some progress needed so that everyone pays the taxes they are supposed to. It is important to push for fiscal structural reforms for the modernization of the fiscal authorities of Greece”.