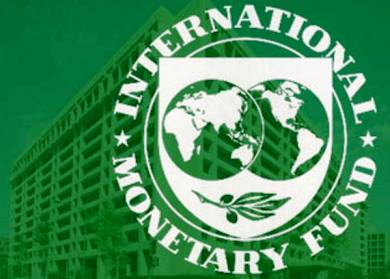 Vitor Gaspar, the director of the International Monetary Fund’s Fiscal Affairs Department, acknowledged on Wednesday the “impressive fiscal adjustment” Greece has achieved during the presentation of the Fund’s report on global fiscal developments.

According to data presented in the report, the Greek budget’s cyclically adjusted primary surplus, which factors in the growth rate too, will amount to 5.4 percent of gross domestic product in 2014 – the highest among the countries the Fund monitors around the world.

However, regarding structural reforms, Gaspar argued that “the job is not done yet” and stressed that the state debt remains very high, although its peak “is behind us.”

The IMF forecasts provide for a 3 percent primary surplus next year, with the debt falling to 171 percent of GDP from 174.2 percent this year. These are exactly the same figures as those included in the IMF’s June report. The figures regarding Greece’s funding needs (not funding gap) for 2015 and 2016, amounting to 18.7 billion and 8.6 billion euros respectively, also match those cited previously.

The intriguing aspect is that the IMF insists that the 2015 fiscal deficit will amount to 1.9 percent of GDP, while the draft budget provides for just 0.2 percent.

There were also positive signs coming from Brussels on Wednesdayday, in the aftermath of the troika representatives’ departure from Athens.

European Commission spokesman Simon O’Connor stated that there had been some useful discussions in recent days between the Greek government and the international lender representatives regarding fiscal issues, and that progress was recorded on structural reforms aimed at strengthening competitiveness and promoting employment, as included in the adjustment program.

O’Connor confirmed that the troika will return to Athens in November to restart negotiations, which will be after the publication of the banks’ stress tests, expected on October 26.