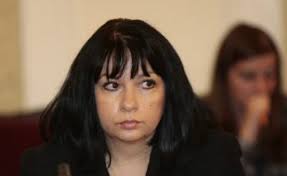 The two officials were in the Azeri capital for a Southern Corridor advisory council meeting involving TAP’s participating countries.

The IGB pipeline will be linked to the TAP (Trans Adriatic Pipeline) project, to supply Europe with Azeri natural gas.

It was also announced that a finalized investment proposal for the IGB project’s construction will have been prepared by the end of May.

According to Sofia news agency novinite, Lafazanis confirmed that Greece’s Syriza-led coalition government will collaborate with Bulgaria on the development of energy-sector projects of mutual interest, including the IGB pipeline.

Bulgaria has already prepared a plan mapping out details, including terms and deadlines, for the IGB project’s development, while the neighboring country has set aside 80 million euros from its state budget to guarantee the project’s development as swiftly as possible, according to Petkova.

A study detailing the project’s environmental impact has already been completed, while approval procedures for the IGB’s construction plan are believed to be on the final stretch.