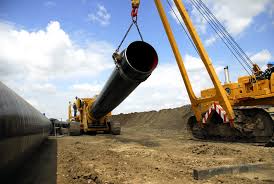 Once completed, the IGB pipeline project, to provide a direct link between the national natural gas systems of Greece and Bulgaria, promises to significantly reduce the neighboring country’s total dependence on Russian gas supply through Ukraine. If either of these two countries ever decided to disrupt supply to Bulgaria, the country would face a major energy crisis. Despite being of crucial importance for Bulgaria, the country is obstructing progress of the project, according to various sources.

The recent national elections held in Bulgaria will contribute further to these delays as Prime Minister Boyko Borisov, now back in power, goes about forming his new government’s line-up.

“More recently, especially during the run-up to the elections, we could not find a stable and credible negotiator on the Bulgarian side,” a local authority told energypress.

The same source pointed out that Greek officials went as far as to offer financial assistance and cost-free knowhow to facilitate the progress of Bulgarian plans, licensing procedures, and other project requirements, all to no avail.

Just days ago, Bulgaria’s Deputy Economy and Energy Minister Anton Pavlov, speaking at a news conference, noted that “although Bulgaria is adhering to its obligations related to the passage of gas to other countries, there will be significant delays in all interconnector pipeline projects,” adding that these delays will “range between three to five years and will affect the pipelines to connect Bulgaria with Greece, Serbia, and Turkey.”

The IGB project has been categorized as a project of common interest (PCI) by the European Commission. Greece intends to utilize this status to its fullest and apply pressure for swifter progress.

Based on the original time schedule, finalized financing plans were set to be reached by the end of 2014, development was scheduled to begin in 2015, and the pipeline was expected to begin operating in 2016. The project’s construction cost is valued at 250 million euros.