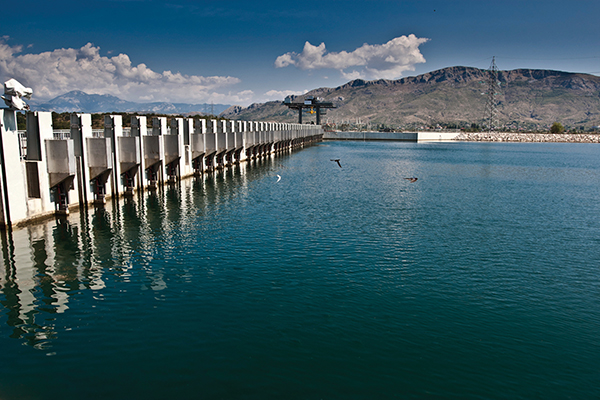 An energy ministry plan submitted to the European Commission for approval and concerning the participation of hydropower facilities in the new flexibility remuneration mechanism proposes a level of approximately 750 MW, a middle-of-the-road solution above the previous mechanism’s level of 582 MW and below the 1,000 MW level proposed by RAE, the Regulatory Authority for Energy.

The new flexibility remuneration mechanism for electricity producers is planned to apply until the target model, a process entailing the electricity wholesale market’s harmonization with EU law, and a permanent CAT mechanism are adopted.

If applied, this energy ministry proposal will reduce the CATs to be received by independent natural-gas fueled power stations compared to payments they were entitled to through the previous flexibility remuneration mechanism, which expired last April.

These factors are expected to intensify competition not only between main power utility PPC units and private-sector units, but also between independent producers, which could test their sustainability.

Following a public consultation process staged by RAE, the Regulatory Authority for Energy, the new flexibility mechanism will offer producers three-hour-notice flexibility compensation for a maximum of 4,263 MW through one auction in 2018, not two as was initially considered.

Hydropower and natural gas-fired electricity generation units as well as Combined Heat and Power High Performance (CHP) stations will be entitled to take part in flexibility mechanism auctions. CHP units will have the right to seek payment for any output not remunerated through existing RES payment mechanisms.

Also, natural gas-fired electricity producing units will need to be able to run on alternative fuel (diesel) or possess natural gas reserves to be eligible for the flexibility mechanism’s auctions. This essentially means producers will need to hold additional supply contracts or be able to cover the cost of temporary LNG storage solutions, either directly or indirectly, as was proposed by DEPA, the public gas corporation.