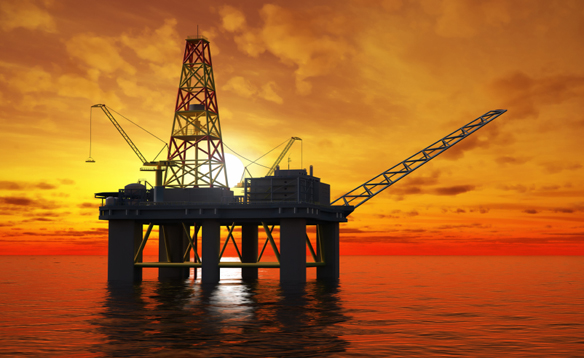 Though still shrouded in mystery following a vague announcement made yesterday by the Production Reconstruction, Environment and Energy Minister Panagiotis Lafazanis, sources have indicated that just one consortium, which includes Greece’s ELPE (Hellenic Petroleum), has submitted bids for three offshore blocks of twenty offered in total for exploration and exploitation in the Ionian Sea and south of Crete.

Sources said ELPE was joined by France’s Total in the consortium, along with a third company that has requested to remain anonymous until the offers are stamped official.

The international tender’s deadline expired yesterday. ELPE and Total had both acquired seismic survey data collected by Norwegian company PGS in the lead up.

In his announcement yesterday, the energy minister went no further than to note that three bids had been submitted, without specifying whether these concern three different consortiums bidding on one offshore block or one consortium submitting offers for three blocks.

The sources noted that the ELPE-linked consortium has submitted offers for Block 1, in the Ionian Sea’s northwest, as had been previously announced by ELPE’s chief Grigoris Stergioulis, Block 2, located off Corfu, and Block 10, in the Katakolos area, west of Peloponnese.

The legitimacy of Block 1 has been questioned by Albania over exclusive economic zone (EEZ) rights in the area. In comments made last month, the ELPE chief had not rated Block 1 highly for its hydrocarbons potential, but said the block would nevertheless be bid on as a means of endorsing Greece’s territorial economic rights in the offshore area. The matter was discussed with Foreign Affairs Ministry officials.

Should the response for this international tender be confirmed as limited to just the one consortium, as sources contend, the interest will have fallen well below levels hoped for by Greek officials. High expectations had been generated in the long lead up.

Responding to the preceding signs of a subdued turnout, certain officials had advised the energy minister to offer a new deadline extension, following a previous one. It was  reasonable advice considering the unfavorable market conditions. The price of oil remains less than 60 dollars a barrel, the blocks offered are high-risk ventures as the waters are deep and unexplored, and, furthermore, the country’s credibility has been severely marred over recent weeks amid the political and economic turmoil.

If the bids submitted are in fact limited to the three Ionian Sea blocks, then this would confirm previous reports that had claimed no offers would be made for the tender’s blocks located south of Crete. The waters here are particularly deep and entirely unexplored.

The Industry magazine Global Sources had reported interest in the tender would remain subdued as a result of low oil prices and the overall uncertainty of the Greeek market. Citing information offered by an energy ministry official, the magazine noted that follow-up tenders for the same areas cannot be ruled out in the future.