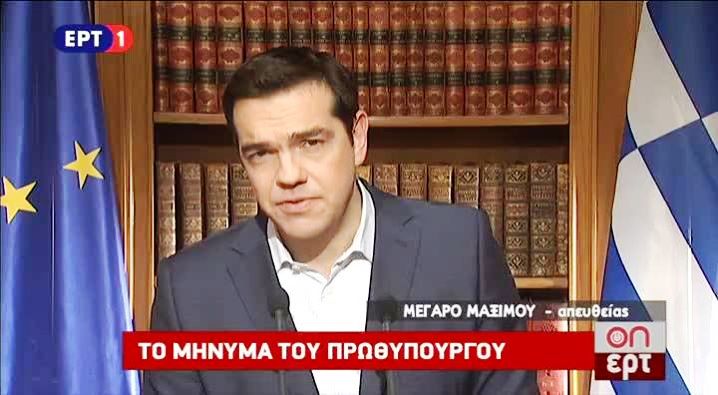 “If Prime Minister Alexis Tsipras does form a credible and stable government and has a constructive relation with creditors then I think he can look towards a better future for Greece; not in the next 6 or 12 months, but in the period beyond that,” Hugo Dixon, columnist of Reuters and New York Times among others, said in an interview with ANA-MPA.

“Nobel prize winning economist Amartya Sen made a very good analogy and said that austerity is like rat poison and structural reforms are like the antibiotic that a patient needs to take if he has fever,” Dixon stated. “The problem in Greece’s case is that it is required to take a pill that mixes the good antibiotic with the bad rat poison. Unfortunately, Greece does have to take a little more of rat poison; that is the reality of how things are,” he added.

Dixon underlined that “we hope to have a quick lifting of capital control and I think the ECB will be prepared to stand ready to act to the Greek banking system once Greek banks have been properly recapitalized and provided there is a stable and proper government. In a good case scenario that could happen later this year, not early, but towards the end of this year.”

“Second thing is that Tsipras will get, provided he is implementing, a debt relief package; not a debt haircut but it will result to even lower interest rates and longer period to repay the loan…. The debt relief that Greece could get could be quite big and it won’t be a haircut, but it would have the same effect as a haircut,” Dixon stated.

He estimated, however, that GDP would shrink even with a debt haircut. “I do not think it is much you can do to prevent the economy shrinking this year. The question is when the economy can start growing. Clearly this year and the first half of next year are certainly going to be extremely difficult because of the impact of extra austerity, the capital control and the overwhelming knock to business and consumer confidence by the terrible events of the last months. The next 12 months there is not much you can do about growth.”

According to Dixon, the most important problem that the current government has to deal with is forming a stable and credible government. “The two important issues that are linked together are trust and implementation. Because they do not really trust Tsipras to implement. So what he needs to do is to form a stable and credible government. Now, he has a great opportunity to form a new government because of the split in SYRIZA.”

According to the British columnist, there are three options: “One is snap elections, not so snap though, as you have to go through the negotiations on the MoU. And in these new elections, Tsipras runs without the Left Platform and the other people that have been rebels within his party like (former Finance Minister Yanis) Varoufakis and (Parliament President) Zoi Konstantopoulou. The second option is a national unity government where Tsipras stays prime minister but kicks out the rebels and he then forms a new government with New Democracy and To Potami and maybe PASOK. Both these options are quite good options. The third option is if he somehow manages to get SYRIZA together but in an extremely unhappy marriage that does not do a proper job and it leads to one disaster after the other. I do not recommend this option.”