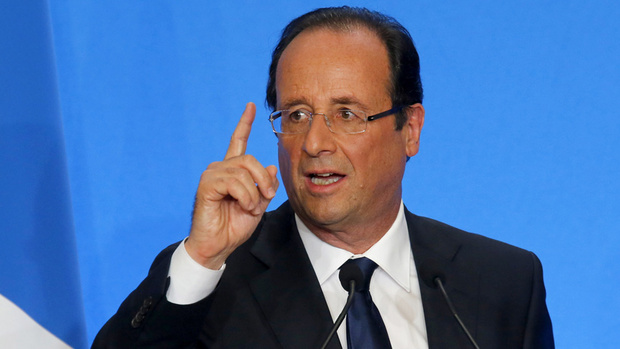 French President Francois Hollande on Monday urged Greece to abide by its European commitments, as the spectre of a Greek exit from the eurozone rears its head again.

“The Greeks are free to choose their own destiny. But, having said that, there are certain engagements that have been made and all those must be of course respected,» Hollande told French radio.

Hollande’s comments came amid fresh political turmoil in Greece ahead of an election on January 25 that could be won by a far-left party.

Over the weekend, the Der Spiegel weekly quoted German government sources as saying that Berlin sees a Greek exit from the eurozone as «almost inevitable» should the radical leftist Syriza party win the snap poll.

Repeating a much-expressed view that the euro zone needs to focus more on growth and less on reducing its deficit, Hollande also said «Europe cannot continue to be indentified by austerity.”