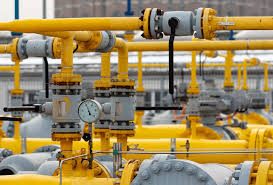 The price level of natural gas for consumers in Greece continues to be determined by a long-outdated and unrealistic system that has been revised by the supplier, Russia’s Gazprom, for central European markets but not the Greek market, contributing to higher gas prices here.

In the most recent round of negotiations between Gazprom and Greek officials, which led to a new agreement last March, a request by local sector authorities for a revision to the pricing policy was rejected by Gazprom, it has now become known. Certain pundits are critical of the way Greek officials handled the negotiations.

The current pricing policy for natural gas being applied to the Greek market continues to be entirely dependent on the price of oil. More specifically, it takes into account the price of petroleum products, such as mazut (heavy, low quality fuel oil), instead of brent.

The formulation of the outdated gas pricing formula for the Greek market stretches back to the ‘80s, when natural gas was first introduced into the country’s energy mix, replacing other fuels, such as mazut, for electricity production and industrial use. At the time, it was decided, between Gazprom and Greek officials, that the price of natural gas for Greece would be based on the cost of the fuel it was replacing.

Some three decades on, Greece’s natural gas market has developed into a mature market, and natural gas has become a widely used energy resource. Yet, contrary to Europe’s other markets, the price of natural gas in Greece continues to be determined by this now-unrealistic policy.

The pricing formula for gas in Greece needs to be revised to take into account the cost of natural gas in markets, while also limiting oil price levels as a determining factor. Also, the formula needs to be updated to include the price of brent, not petroleum products, as a secondary factor. Over the years, consumers in Greece have paid tens of millions of euros more for gas consumption compared to consumers in other European markets.