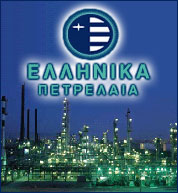 Leveraged investing, focus on transformation programs, maximization of portfolio value, deleveraging, further reduction of borrowing costs – an objective to save 50 million euro in interest payments has been set for 2015 – as well as emphasis on human resources, constitute the strategic priorities at Hellenic Petroleum, ELPE, for the period 2014-2017, as was pointed out at the corporate group’s general shareholders meeting.

On a financial level, the administration will strive for a further increase in profitability and cash flow, as well as a de-escalation of borrowing levels, a procedure that is expected to be accelerated by the completion of the sale of the firm’s stake in DESFA, the National Natural Gas System Operator.

As highlighted by the company’s administration, this specific sale will also determine whether the group will proceed with a dividend payout for 2014. The company will not distribute dividends to shareholders for the 2013 fiscal year, it has already been announced.

As for the group’s effort to reduce its borrowing level, Hellenic Petroleum successfully completed a five-year euro-bond issue worth a total of 325 million euro, offering a fixed interest rate of 5.25%. Total demand for the bond issue exceeded one billion euro and was oversubscribed by three times, while over 60% of the order book was made up of foreign institutional and private investors.