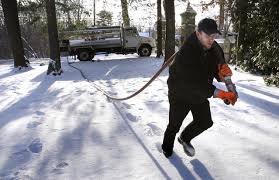 Heating fuel price levels are on a downward trajectory, currently at levels of between one euro and 1.04 euro per liter compared to 1.27 euros per liter in October last year, while further reductions are possible.

Higher heating fuel prices in Greece over the past couple of years had prompted a significant drop in demand, but the fuel is now bouncing back into the picture. Current price levels for heating fuel are the lowest consumers have been offered in recent years. Consumers eligible for subsidized orders, through programs available to vulnerable social groups, are currently being offered heating fuel for prices ranging between 65 cents and 69 cents per liter.

The price of heating fuel is likely to slide further during the present day following yesterday’s two-year low struck by international oil prices at the close of trading, prompted by figures showing larger-than-expected oil reserves.

According to latest reports by oil market analysts, price levels are expected to remain low in the foreseeable future. Lower oil prices have emerged as a badly needed gift from the skies for the global economy and national economies dependent on oil imports, including Greece’s. On the contrary, the developments are causing some anxiety among oil exporting countries.

Lower oil prices are very welcome in the European Union for two reasons. Firstly, all data is indicating that the EU is set to dive into another round of recession. Secondly, the lower oil prices have coincided with a weakening euro currency against the dollar. Oil purchases are dollar-denominated.