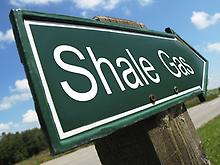 US oil field services multinational Halliburton is likely to sign a deal within the next few weeks to conduct shale gas exploration work in eastern Thrace, Turkey.

The deputy head at the Turkish national oil and gas company TPAO, Besim Sisman, who made the announcement earlier this week, noted that exploration work could start by 2015 to determine whether the area could produce natural gas in commercially viable quantities.

“The signing of the agreement is important, but what is more important is to prove that Turkey can produce unconventional gas,” Sisman noted.

So far, the country’s efforts in this domain have focused on the Diyarbakir region, in the neighboring country’s east, but Ankara has repeatedly highlighted its interest to conduct exploration activities in the eastern Thracian region, which it considers promising.