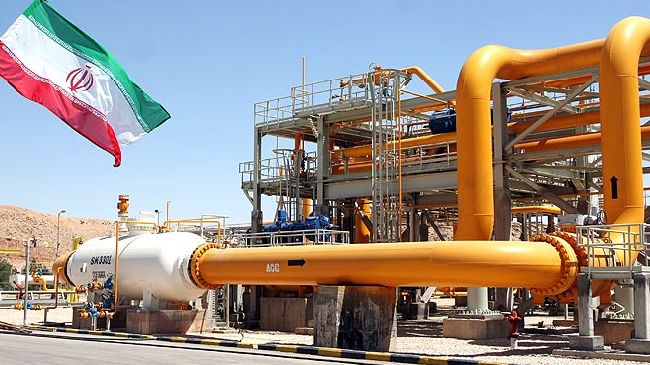 The return of Iran to the international trading market following the lifting, last Sunday, of western-imposed sanctions on the country, and the impact this move is making on crude prices, which have fallen further as a result of the additional supply, has certainly dominated international media over the past few days. Iranian officials have been busy traveling the world in search of interested buyers of crude, already sitting in oil tankers and waiting to be shipped. At least 30 million barrels of crude are reportedly ready to be exported.

Two days ago, Iranian president Hassan Rouhani and his oil minister Bijan Namdar Zangeneh continued this campaign at the annual World Economic Forum now taking place in Davos, where they sought to re-establish ties with buyers as well as major petroleum companies, also represented at the Swiss event.

Greece is among the first countries eyed by Iran, planning its return to the international crude market. Bilateral trade between the two countries was abruptly stopped in June, 2012, by the western-imposed sanctions. At the time, Iran was supplying between 20 and 30 percent of Greece’s crude oil needs. ELPE and fellow Greek refinery Motor Oil benefited from favorable payment terms offered by Tehran, which made Iranian crude even more enticing.

Greek and Iranian officials will seek to re-establish their older trading ties at today’s meeting in Athens. Roughly 140,000 barrels of Iranian crude were exported to Greece every day prior to the sanctions.

However, a dispute concerning the level of an unpaid amount owed by ELPE to NIOC, which the Greek side believes is worth roughly 600 million dollars, will first need to be settled. The amount was left unsettled as a result of the suspension of banking transactions linked to the sanctions on Iran. Factors such as exchange rates have prompted a dispute as to the actual amount owed.

ELPE officials have already visited Tehran twice to discuss the issue. Both sides are confident an agreement will be reached. Various scenarios have been linked to the payback solution, including one claiming NIOC may acquire a stake in ELPE. The Latsis Group, ELPE’s main shareholder, with a 42 percent stake, denied these reports. The Greek state, which holds a 35 percent stake in ELPE, has not.

Iranian officials, anticipating a major influx of outstanding payments that had not been made as a result of the sanctions, are keen to pursue investments abroad and maintain capital amounts outside the country. Certain sources have reported Iran expects to regain access to 56 billion dollars of confiscated profit that had been generated by older crude oil sales. Iranian crude sales are expected to reach 150 million dollars per day now that the sanctions have been lifted.