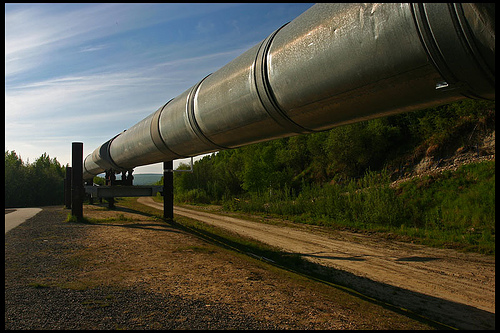 Greek industrial officials reiterated their concerns over the prospect of a new round of energy cost increases as a result of the ongoing conflict between Russia, the EU’s main supplier of natural gas, and transit country Ukraine, during a meeting yesterday at the Ministry of Foreign Affairs.

Following the meeting, the president at SEV, the Hellenic Association of Industrialists, Theodoros Fessas, told reporters he was optimistic that Greece would avoid further energy cost increases, basing his positive outlook on the historical ties between Greece and Russia. Even so, the prospect of natural gas price increases cannot be ruled out as the Russia-Ukraine conflict persists.

Greece’s industrial sector has made a number of appeals to the coalition government for cheaper energy rates, citing relatively higher price levels compared to other nations and, consequently, decreased competitiveness in export markets.

Despite the ongoing fears of a spike in Russian natural gas price levels, a level-headed look into the matter strongly suggests the contrary, as a result of the level of interdependence between the EU and Russia. The two-way connection makes any prospect of a stoppage of Russian natural gas flow into the EU, and further expansion of the EU’s trade embargo on Russia, a key market, seem unlikely, as things stand.

Russia exports 65% of its natural gas to Europe, and Russian imports into the EU cover about one-third of the continent’s consumer needs.

Norway is ranked as Europe’s second largest supplier of natural gas, but the country’s deposits are believed to be dwindling. Algeria also supplies considerable amounts of natural gas to Europe.

As for LNG, Qatar ranks as the biggest exporter to Europe, followed by Nigeria, while Libya also contributes with far smaller amounts.

Alternatives discussed in European Parliament, in the event that Russia turns off its natural gas tap on the EU, include an import increase from Norway and northern Africa, by 25 billion cubic meters, at an increased cost of 189 million euro. In this case, Russia would lose out on 6.63 billion euro.

Another alternative entails increasing the amount of LNG imports by 3 billion cubic meters, which would cost the EU an additional 4.01 billion euro. Russia would incur a loss of nearly 8 billion euro in this event.

The worst-case scenario for Europe, involving reliance on LNG and fuel, would add a further 15 billion euro to the EU’s energy bill.