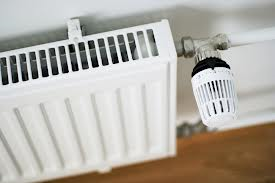 Some 700,000 Greek households stopped using their central heating systems in 2013, either turning to alternative heating solutions or depriving themselves of any heating, according to Greece’s statistical service, Elstat.

The reduced overall spending by households had greatest impact on amounts spent for fuel, dining at restaurants, as well as food and beverage products. The greater part of family budgets continued to be spent on housing, food and transportation, while the smallest proportion went to beverages, education, and communication.

The Elstat data showed that, in 2013, the greatest year-on-year reductions in average monthly household spending concerned liquid fuels, down by 17.56, restaurants, down by 14.82 euro, and transportation costs, which were reduced by 9.74 euro. These three categories represented 34 percent of the total spending reduction, which averaged 127.71 euro. As for spending increases, the largest concerned pharmaceuticals, up by 5.11 euro per month, and visits to local cafes, where average spending increased by 3.68 euro per month.