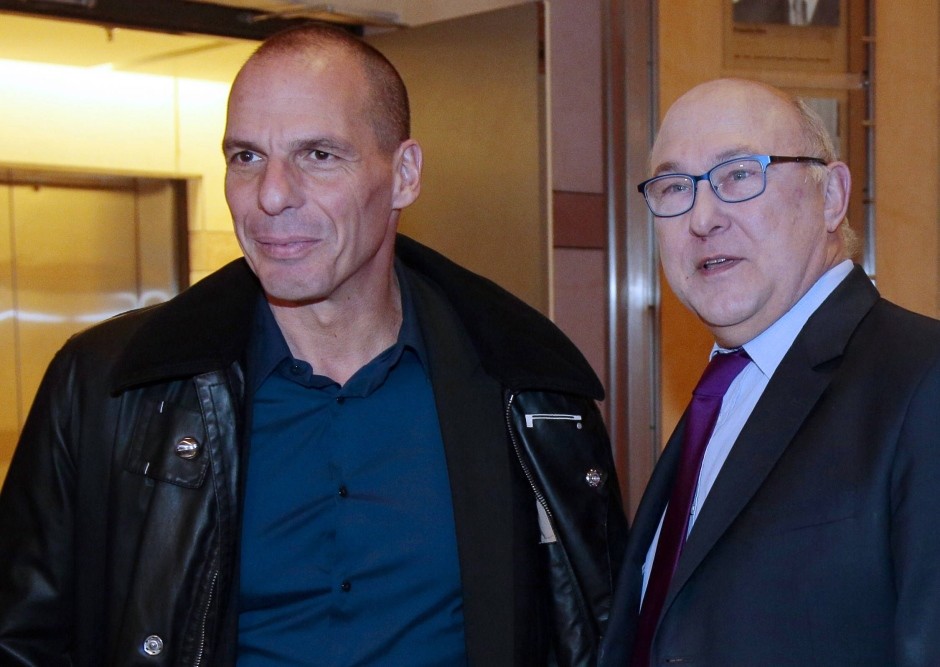 The Greek government is seeking “a new contract” better called a “social contract,” Finance Minister Yanis Varoufakis said in Paris on Sunday evening, at a press conference held jointly with his French counterpart Michel Sapin.According to AMNA, the press conference followed a very cordial meeting between the two ministers, and in it Varoufakis reiterated that the immediate receipt of the last installment of Greece΄s loan is not a priority; he likened Greece with a drug addict who has been expecting his fix for five years.According to the timeline Varoufakis presented, the Greek government is calling for “breathing space” until the end of February to finalise its detailed proposals on reforms, the humanitarian crisis and the debt. Following that, and for six months, he plans to contact and talk with instititutional and Greece΄s credit officials to create a new “social contract.” The aim is to complete the process by end-May, as there are obligations related to the European Central Bank bonds following immediately after.Sapin expressed his satisfaction for the substantive, almost two-hour working meeting he had with Varoufakis and reiterated several times France΄s willingness to stand by the new Greek government in its efforts.According to the French minister, their mutual understanding is based on the following elements: Greece is in and will remain within the eurozone; there is a joint aim for growth, especially for Greece – which has lost 25% of its GDP – to come through investments; and it must create an effective and just taxation system.On this latter point about taxation, Sapin said he will propose that the collaboration with the Greek government be augmented and specialists from France be available for consultation.The Varoufakis-Sapin meeting in France sends a message that a negotiation of the loan agreement with creditors will lead to a mutually beneficial solution for Greece and the European Union, government spokesman Gavriil Sakellaridis said in Athens.“The agreement of the two finance ministers in a series of pivotal issues proves that the stances of the Greek government are falling on fertile ground in Europe,” he said, mentioning that this was the general outline of U.S. President Barack Obama΄s comments to CNN as well.The Greek people “can be certain that the government will honour the mandate it was given, with decisiveness and calmness.”