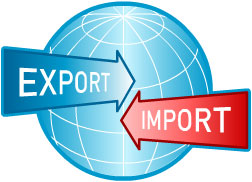 Greek merchandise exports are expected to fall in 2015, the Federation of Northern Greece Exporters (SEBE) said on Wednesday. In a report, SEBE said that the introduction of capital controls in the country deteriorated an already burdened situation in the market and were having very heavy consequences on the country’s exports, with industrial production and exports projected to fall further in the coming months. “Difficulties in purchasing raw materials and products and an increase in unemployment in June offered a warning signal over a further weakening of economic activity in the second half of the year,” SEBE said, adding that loosening restrictions on payments to foreign suppliers must be accelerated, becoming top priority for the government which will be formed after Sunday’s general elections.

“Our demand is to automatically approve, without any bureaucratic procedures and time delays, all business transactions abroad linked with the productive/manufacturing procedures and the import of raw materials and other products for enterprises,” the Federation said, adding that authorities must work towards boosting liquidity in the market –a demand placed repeatedly by SEBE in the last five years.
SEBE also asked for completion of all pending financial transactions between the state and the private sector.
Specifically for Turkey, Greek exports rose 11.38 pct –excluding oil products- in the January-July period this year to 423.64 million euros, compared with the same period in 2014, while imports from Turkey –excluding oil products- totaled 542.42 million euros up 2.19 pct from last year.
The Greek trade deficit with Turkey shrank by 21.07 pct in the seven-month period from 150.47 million euros in 2014 to 118.77 million in 2015.
A report by the Greek embassy in Ankara said that the trend of Greek exports to Turkey depended largely on the trend of oil products, adding that without oil products the country’s trade balance with Turkey would be negative.
Greek exports totaled 1.05 billion euros in the first seven months of 2015, down 37.28 pct from 2014 (1.7 billion euros). Turkish exports to Greek totaled 697.92 million euros in the January-July period, up 6.18 pct from last year (654.81 million). The country’s trade surplus fell by 65.18 pct to 358 million euros this year from 1.028 billion in 2014) reflecting a significant decline in exports of oil products (partly reflecting a sharp decline in international oil prices).
In July, exports of oil products to Turkey accounted for 57.15 pct of total exports (down from 83.63 pct in July 2014). Exports of plastics totaled 9.12 million, aluminium (6.5 million), machinery (4.85 million), copper (4.12 million) and fertilizers (3.9 million).
Tweet
Posting....