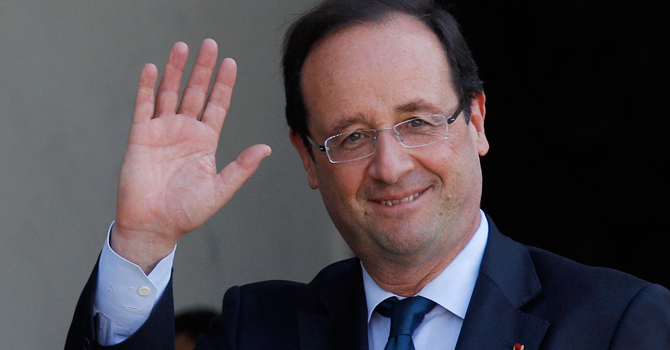 The Greek government will discuss, among other issues, the forthcoming negotiations on the debt, bank recapitalization, collective labour agreements, the safeguarding of transparency and social cohesion with French President Francois Hollande and his team during his visit to Athens on 22-23 October, government sources said on Monday.

The Greek side will also brief Hollande on the progress made in the implementation of the country’s agreement with its lenders and issues relating to it. The two sides will also discuss the “Juncker package” on growth, synergies for the strengthening of investment activity and wider cooperation in the financial sector.
On a different note, Greece and France will also turn their attention on issues relating to possible cooperation in culture. The final composition of the French mission that will accompany the President Hollande has not been finalized, the same sources said.
Tweet