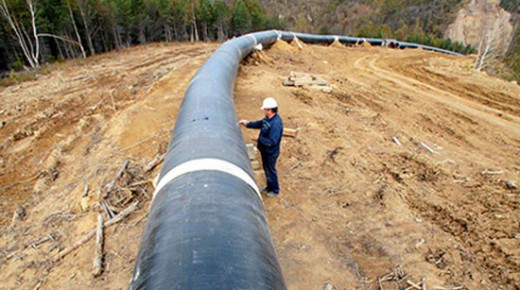 Dr. Margarita Mathiopoulos, Founder/CEO of ASPIDE Energy Group, Germany; Professor of US-Foreign Policy at the University of Potsdam, delivered a speech at a recent EU-Arab-World-Summit staged in Athens on November 10 -11 and titled “Greece’s rise to a key energy hub of Europe”.

it is a distinct pleasure and honour to participate in the EU-Arab-World-Summit here in Athens and I would like to thank the organizers – in particular Mr. Tzomokos and Mr. Khoury – for inviting me to share my views with you on “Greece’s Rise To A Key Energy-Hub Of Europe”.

Allow me first a word about ASPIDE Group: We are a German Energy company focused on RE, Gas, Oil and innovative, cost-effective and chemical-free water-treatment technologies with a strong business-history in the Asian, African and Arab markets since 2001. We are active in 27 countries with 300 partners around the world and offices in Berlin, London, Washington, Beijing, HK, Dubai and Nairobi. As many distinguished guests in the audience are from Arab countries I would like to mention that we opened an office in Dubai 3 years ago to underpin our commitment to the Region.

Ladies and Gentlemen, allow me from a German perspective to give you an evaluation what key-role Greece can be playing in Europe as one of its key-energy -hubs:

In an era of major changes and shifts in the global energy geopolitical map, Greece stands on a crossroad, both geographically and politically. A series of events and developments highlight the fact that the country could seize the opportunity and acquire the status of an “energy hub”, combining three different, but also complimentary characteristics.

These characteristics have to do with Greece becoming a) the gate of natural gas from Central Asia and Turkey to European soil, b) the gate of natural gas from Eastern Mediterranean or in the future even shale gas from the United states to Europe and c) an “energy state” by exploring and possibly extracting hydrocarbons, both onshore but mainly offshore, from its own soil and sea.

It should be said that time calls for urgent moves and should not be lost. The country has to move forward consistently, setting 2020 as the year by which crucial decisions should be made, if Greece really wishes to become visible on the global energy map. It is by this year that major projects should be completed or certain obstacles be overcome. In a way, 2020 is the horizon setting the timetable for Athens’ choices.

Let me also stress here: It is my firm belief that the energy sector could serve as one of the main drivers for a high-end growth model for Athens and solid prosperity for the Greek people.

It should also be mentioned that geopolitical developments are rapid and should be exploited in Greece’s favor. The United States view Greece as an integral part of the West’s energy strategy as this was also highlighted during the recent visit of the Greek PM Alexis Tsipras to the US in his meetings with President Donald Trump. This is one of the ways to reduce Russian energy influence in Central and Eastern Europe from the Southeastern front and also to reaffirm US presence in Greece while China is actively promoting its “One Belt, One Road”- Project. Allow me to stress at this Summit, as there are also many distinguished Greek guests in the audience, arriving yesterday from Beijing, where I had the honour to address the “Annual Beijing Foreign Policy Forum 2017”, how highly the Chinese Strategic and Foreign Policy Community values Greece as a hub of its “Belt & Road-Initiative” for Western Europe! And let me also add that the Greek President, Prokopis Pavlopoulos, was in fact the first European leader to understand the world impact of China’s revival of the “Silk Road” and therefore embraced it already in Sept. 2015 in his congratulation statement to his Chinese counterpart President Xi Jinping by stressing that “ the Silk Road is evolving to a global initiative through Land and Sea and by passing through Piraeus, one of the main ports of the Mediterranean, it is linking China with Europe, the Balkans and the Middle East”.

Well, in parallel, Turkey is striving to become the main transport route of hydrocarbons to Europe, but its recent tactical détente with Russia runs counter to West’s interests. Furthermore, Moscow is slowly but steadily gaining ground in the Eastern Mediterranean since its intervention in Syria and this could change the regional energy balance. Many Middle Eastern analysts observe that certain Russian moves, such as buying shares in the Zohr gas field offshore Egypt and in oil fields in the Iraqi Kurdistan region, but also sending submarines patrolling Eastern Mediterranean waters, might have already an impact.

I would like now, Ladies and Gentlemen, to highlight certain aspects of the above mentioned triad which Athens has to accomplish, if it wants to become an energy- hub.

First of all, if Greece wants to become the gate of natural gas from Central Asia to Europe it has to move fast to finalize its own part in the Southern Gas Corridor which is definitely one of the most important energy projects of the last few decades. It is actually the first time that Europe and the West have searched and found a way to import natural gas, on a massive scale, independently from Russia. The Trans Adriatic Pipeline (TAP), which starts from the Greek-Turkish border and leads to Italy, passing mainly from Greece and secondarily from Albania, is now well on track. According to the latest figures, TAP’s construction has been completed by more that 50% and it is estimated that by 2020 it will be capable to deliver gas from Azerbaijan to Europe.

Second, TAP could be the stepping stone, so that Greece could be connected with vertical energy interconnectors to other countries of the Balkans which today are still, more or less, dependent on Russian gas. The first step in this direction concerns the completion of the Interconnector Greece – Bulgaria (IGB). There have been delays in pushing forward this project which sets a template on how Azeri gas or, in the future, American shale gas or even Eastern Mediterranean gas could flow to the Balkan countries (such as Serbia) and, why not, even in countries of Central and Eastern Europe.

However, the process has recently sped up since certain complications on the Bulgarian side have been overcome, such as guarantees on financing from European funds. The goal is that IGB construction starts next year, in 2018, so that it can be completed by 2020 – the same year like TAP. In the same context, Greece is right to be interested in promoting a second vertical interconnector with the Former Yugoslav Republic of Macedonia (Fyrom), a country which under its new leadership wants to reduce its dependence on Russian gas.

The third pillar which needs to be built, if Greece wants to become an energy -hub is the construction of the Floating Storage and Re-Gasification Unit (FSRU) in Alexandroupolis. Recently, there has been a lot of debate on the role of Northern Greece and particularly Alexandroupolis could play as part of the Western energy strategy in the region. The FSRU in Alexandroupolis, in which recently DEPA decided to join, could play a very important role in importing American shale gas which later could flow through IGB and reach the markets of Bulgaria, Romania and other countries in the region. Actually, two US companies, Cheniere and Tellurian, have expressed an interest to export American shale gas to Greece’s DEPA.

The FSRU in Alexandroupolis is of crucial importance in restraining Russian energy influence in the Balkans and Eastern Europe. Furthermore, the FSRU could be extremely helpful in limiting Turkish aspirations in monopolizing the transit routes from East to West and to Europe. The construction of IGB by 2020 is key for the smooth functioning of the FSRU and the distribution of natural gas northward.

Allow me, Ladies and Gentlemen, to mention two more points.

The first point concerns the prospect of Eastern Mediterranean gas reaching Europe. The discoveries in Israel and Cyprus and mainly the huge discovery of the Zohr field inside Egypt’s Exclusive Economic Zone (EEZ) have created a new reality. Some have been talking about a “new Norway” in the East Med. This description may be a bit too far fetched for now, but this could change in the future, especially if more gas is found near Cyprus or Israel, but also in Greece, near Crete. Such a development could provide a more solid base in building an East- Med- pipeline, on which a trilateral cooperation among Greece – Cyprus – Israel, with the support of the European Commission, are working on (mainly concerning its feasibility). As it has recently been pointed out the role of Italy is becoming crucial in making the East-Med-pipeline viable transforming the trilateral Greece-Cyprus-Israel into a 4-Party cooperation scheme. The inclusion of Italy will allow the East-Med-Gas to reach the relevant markets of Western Europe.

Athens should work intensively to convince the Commission that such a pipeline, which is included in the list of Projects of Common Interest (PCI), is nothing less than in pan-European interest which needs to be promoted in the context of EU’s energy independence and energy security! A pipeline is not and should not be the only option. A second option could be the transport of Liquefied Natural Gas (LNG) through both the recently upgraded Revithoussa LNG-facility near Athens, but also using the FSRU in Alexandroupolis. Such a development would increase the capacity of Greece to even become an exporter of gas to nearby countries.

My last, but not least, point has to do with Greece pushing forward with the competitions in exploring and extracting hydrocarbons. Greece lost many years between mid-1980s and 2010 by not focusing on this field. Things changed during the last eight years, but at a slow pace. The current government was initially ambivalent, pushing forward these competition bids during its first term from January to September 2015, but to the credit of the present Minister of Energy, George Stathakis, this has changed. The process for Block 2 in the Ionian Sea has been authorized and the same applies for the bids for two offshore areas northwest of Crete. There seems to be great interest by the hydrocarbon firms like Total, ExxonMobil and Eni in investing in Greece, especially after the Zohr discovery offshore Egypt changed the way geologists “read” geological data in the wider region.

As a conclusion: Greece needs to seize immediately the chance and secure its place in the new energy map. It needs an ambitious timetable which I would like to name “Horizon 2020”. TAP will be ready by then and the same applies for IGB. In parallel, all bidding procedures for attracting major energy players  and giving them licenses to explore onshore and offshore Greece should be completed by 2020. Time is pressing, but it could be used as a driver for swift decisions. Ladies and Gentlemen, I am convinced about Greece’ geostrategic-energy- position and its capabilities to exploit its energy-wealth. The reason why our company is investing in the Greek market since 17 years.