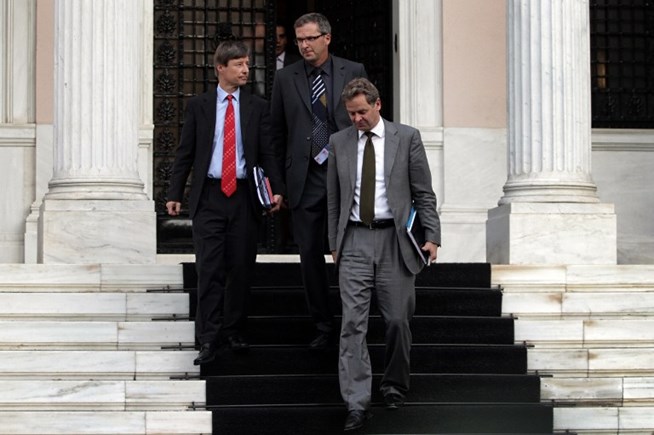 The troika’s technical teams are due to return to Athens on November 4 but Greece’s lenders are expecting a response from the government next week before the mission heads continue negotiations, Kathimerini understands.

The European Commission, the European Central Bank and the International Monetary Fund have informed the coalition that they are expecting proposals from Greece on key unresolved issues, such as pension reform, before they decide whether there is any basis for their negotiating team to return.

This stance by the troika is an obstacle to the Greek government’s wish to remove the issue of pension reform from the talks. Reuters reported on Friday that the government has sent a letter to the EU and the International Monetary Fund outlining its case for demands for the merging of supplementary pension funds to be removed from the ongoing review of the Greek program as the current pension system is viable until 2060.

A source with knowledge of the troika’s positions suggested to Kathimerini that it is unlikely Greece’s lenders will allow Athens to ignore some of its commitments. “The IMF officials cannot go to the Fund’s executive board and recommend the disbursement of the loan installment if the Greek government has not done anything to fulfill some of the memorandum pledges,” said the official, who spoke on the condition of anonymity.

According to troika sources, Greece has so far completed only around half of the bailout commitments that remain, with little progress having been made since the summer. The government is hoping to improve on this in the days to come but the key for concluding the current program review is agreement on what Greece’s lenders call “structural benchmarks.”

These benchmarks include further changes to the pension system, making mass dismissals easier, measures to close a fiscal gap the troika estimates at some 2 billion euros and overhauling the wage structure in the civil service.