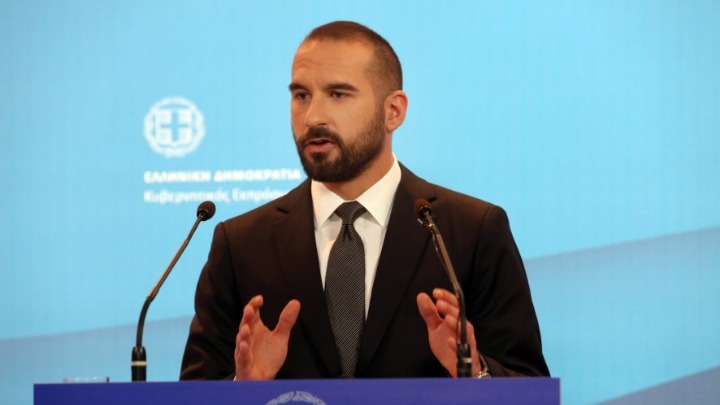 It has been proved that the former ministers of the old political system were more interested in pursuing their own interests than serving the Greek state, government spokesman Dimitris Tzanakopoulos said on Wednesday in an interview with public ERA radio.
On Greece’s decision to extend its territorial waters, he said that “Greece will not negotiate with anyone in order to exercise the rights stemming from its national sovereignty.”
He noted that the government will seek to gradually extend the territorial waters, starting in June, and adding that any differences that may arise will be discussed so they can be solved in a peaceful way.
Commenting on recent statements by ESM chief Klaus Regling, Tzanakopoulos reaffirmed that pensions will not be cut and that the issue will also be formally resolved in a few weeks. “The process of the European semester is coming to an end and all issues will have been solved before the budget debate in Parliament,” he said.