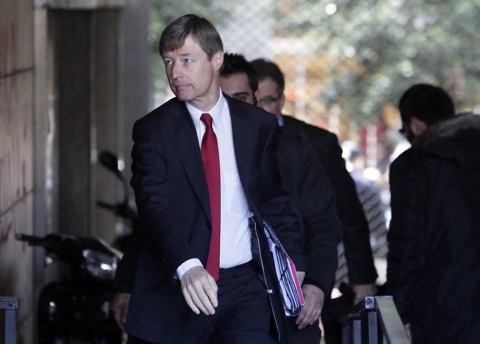 Greece will not be able to complete some 600 pending actions in time for the troika review in September and will sit down with its lenders to discuss shortening this list when the two sides meet in Paris a few days before inspectors arrive in Athens, a government official told Sunday’s Kathimerini.

Finance Minister Gikas Hardouvelis and several other ministers are due to hold talks with officials from the International Monetary Fund, European Commission and European Central Bank in Paris between September 3 and 5 to prepare the ground for the fifth review of the Greek adjustment program. However, the Greek side has around 600 minor actions, many of which relate to areas of lesser importance, such as wage management, to complete.

“Due to our own inconsistency and the delays of previous years, the troika has ended up micromanaging,” said a Finance Ministry source that preferred to remain anonymous. “There are details about all kinds of government policy in the memorandum. There is no way all this can be ready on time.”

He said that discussions in Paris would focus on which of these actions could be completed by late September or early October, when both sides would like to complete the review. Greece has the added incentive that a successful assessment would pave the way for discussions on further debt relief from the eurozone.