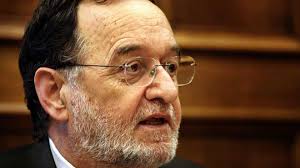 The newly elected Syriza-led coalition government will continue offering its support to the TAP (Trans Adriatic Pipeline) project, to transmit Azeri natural gas to Europe via Greece, but will expect benefits for the country in return, the newly appointed Production Reconstruction, Environment and Energy Minister Panayiotis Lafazanis made clear today during a series of high-profile meetings on an official visit to Baku.

Lafazanis also took part in a Southern Corridor advisory council meeting, where he expressed Greece’s support for the TAP project. Lafazanis noted the Greek government was ready and waiting to contribute to the infrastructure project for its swiftest possible completion.

The Greek minister also met with the European Commission’s Vice President Maros Sefcovic, in charge of Energy Union, for a discussion on southeast European energy matters, with emphasis on the TAP project.

These subjects were also discussed in a meeting with Amos Hochstein, Acting Special Envoy and Coordinator for International Energy Affairs at the US Department of State.

During a meeting with Bulgaria’s Energy Minister Temenuzhka Petkova, Lafazanis and his neighboring counterpart both expressed their support for a swift completion of the IGB (Interconnector Greece-Bulgaria) gas pipeline project. The two officials underlined the need to further examine the project’s progress in the immediate future.

Lafazanis also held talks with Azeri Energy Minister Natiq Aliyev, during which both officials expressed an interest for a broad development of ties between the two countries, beginning with the TAP project. Lafazanis pointed out the need for Greece to gain benefits in exchange for the country’s support of the project. This position was reiterated by the Greek minister to TAP Managing Director Ian Bradshaw.

Lafazanis also held a meeting with BP’s Regional President for Azerbaijan, Georgia, and Turkey, Gordon Birrell. BP holds a 20 percent stake in the TAP consortium. The Greek minister again pointed out Greece’s request for benefits in exchange for the TAP project’s progress, adding that he was ready to discuss specific Greek proposals.