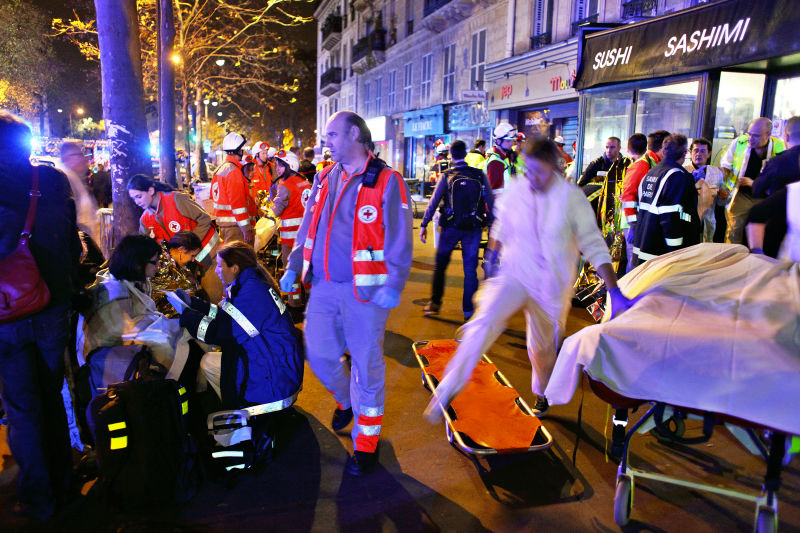 Greece condemns terror attacks that killed 129 people and left 352 injured in a series of coordinated attacks at six locations in Paris.Hundreds of people gathered on Saturday outside the French embassy in Athens and the French consulate in Thessaloniki to light candles, and lay flowers, honoring those killed in the terrorist attacks.Meanwhile, several buildings around Greece have been lit up with the colours of the French flag to show solidarity with France.