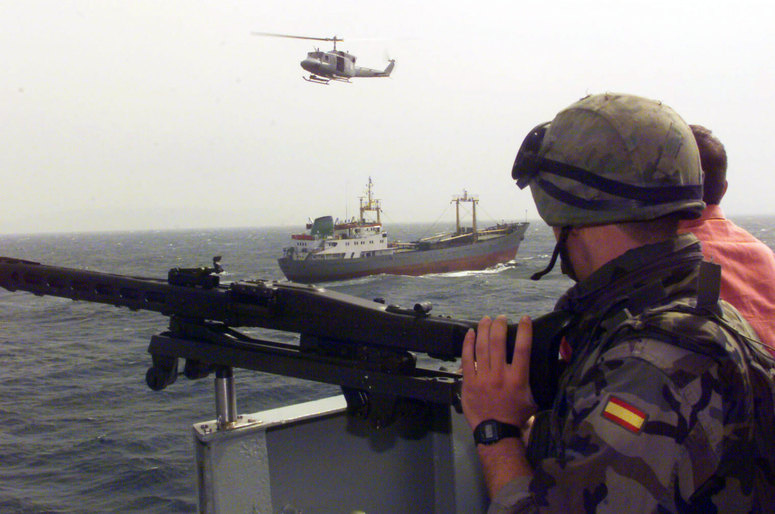 Greece will send a frigate and a submarine to the eastern Mediterranean region under its UN and NATO obligations, Greek Foreign Minister Evangelos has said.

Venizelos, who is also deputy prime minister, made the statement on Wednesday after a meeting with Cyprus President Nicos Anastasiades in Nicosia.

“Greece is a country which respects its international obligations and which participates in international operations,” said Venizelos clarifying that the Greek navy ship was being dispatched in the context of United Nations Interim Force in Lebanon, or UNIFIL, while the submarine was part of NATO’s Operation Active Endeavor.

Under the operation of the transatlantic alliance, NATO ships are patrolling the Mediterranean and monitoring shipping to help deter, defend, disrupt and protect against terrorist activity.

“Greece has a steady naval presence in the broader region… This is a reality that everyone must take into consideration,” said Venizelos in an apparent comment on growing Turkish assertiveness in the eastern Mediterranean and a row over rights to hydrocarbons.

Officials in Nicosia said Wednesday that the Turkish survey ship Barbaros, escorted by one warship, continued its seismic studies within Cyprus’s exclusive economic zone (EEZ). However, drilling in Cyprus’s offshore block 9 by the ENI/KOGAS consortium has not been affected, they said.

Nicosia recently announced a series of counter-measures in response to Turkey’s violation of the island’s EEZ – including a decision to freeze Ankara’s membership talks with the European Union.

In comments made Wednesday, Cypriot government spokesman Nicos Christodoulides said that anyone that genuinely wants to see a peace settlement in the divided island must demand that Turkey terminates its violations of Cyprus’ maritime borders.

Also Wednesday, Venizelos held contacts with his counterparts from Cyprus and Egypt. The meeting between Venizelos, Ioannis Kasoulides, Venizelos and Sameh Hassan Shoukry aims to prepare the ground for a trilateral summit between the leaders of the three countries in Cairo on November 8.

Greek Prime Minister Antonis Samaras is to make an official visit to Cyprus on November 7.