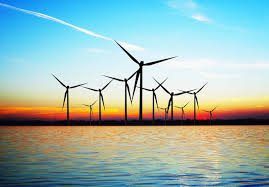 According to the latest RECAI list for March, China topped the list, followed by the USA and Germany, while the top ten also includes Japan, India, Canada, France, the UK, Brazil and Australia.

The Philippines were ranked one place above Greece with a score of 45.4, while Saudi Arabia, Indonesia, Egypt, and Russia occupied the top-forty list’s lower places, in that order.

In his comments, the RECAI list’s chief editor, Ben Warren, made note of the energy revolution in progress over recent years in India and sub-Saharan Africa, while also stressing that cost reductions for renewable energy sources (RES) need to be continued. “The focus should not be diverted by the temporary drop in crude oil prices,” Warren noted.

The RES sector in Europe has developed considerably in recent years, contributing to a reduction of greenhouse emissions. Considerable progess was achieved in the wind-energy and biomass sectors, among others, in 2013, according to the European Environment Agency (EEA).

RES production in Europe registered an annual growth rate of 7.1 percent between 2005 and 2012, well above the rate of 4.1 percent achieved from 1990 to 2012. Natural gas reliance was reduced by seven percent, which was highlighted as a positive development by EEA, considering Europe’a diminishing gas reserves.

The share of RES production in the European Union’s energy mix has risen to nearly 15 percent, above the objective of 12 percent set by an EU directive. The EU is aiming to increase its RES share of total energy production to at least 20 percent by 2020, and 27 percent by 2030. Various environmental groups have described these objectives as too low to combat climate change.

Sweden, Latvia, Finland and Austria are Europe’s leading RES performers. Their RES levels covered over third of respective national energy needs in 2013. Malta, Luxembourg, the Netherlands, and the UK were placed at the opposite end with RES production accounting for less than five percent of their total energy mixes. Greece is placed in between, at 12 percent, slightly under the EU average.